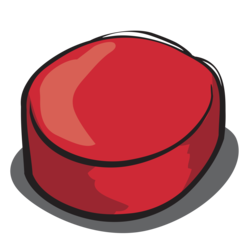 The Eye Round is a good cut when cooking on a budget. Coming from a much exercised part of the carcass, the meat in this portion is quite tough and dry in texture. The fat content on this cut is minimal.

Whether made as a roast or cut up into steaks, the Eye Round needs a good amount of cooking to tenderize. This is why it is best to cook this portion of meat on low heat and let it cook in the crock pot or slow-cooker for a few hours. Many people also suggest cubing and using this cut for making kabobs, while many recommend cutting it in smaller strips of meat and preparing stir-fried beef dishes.

Eye Round cut extracted from the Round primal, located in the hindquarters of a cow. It is one of the three round cuts commercially available.

Being one of the three portions of the round, the 'eye' in this cut's name refers to its central position as it is sandwiched between the Top Round and Bottom Round cuts.

Eye Round is referred to as ‘Silverside’ in the British Beef cut terminology, which is also prevalent in Ireland, Australia and New Zealand.