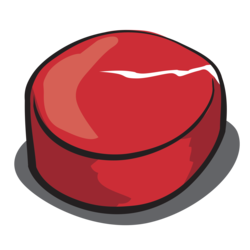 Rump Medallions are sliced off the rump portion of Beef. The thickness of a Rump Medallion is typically about an inch or so. This is a lean cut of meat, a feature that contributes to its toughness. This cut is recommended for weight watchers.

Being a part of the rump, one of the most heavily exercised parts of an animal’s body, this cut is tough in texture and takes ample amount of time to cook. Since it does not have any fat or marbling within its tissues, this cut has the tendency to dry out if cooked on high temperatures. For this reason, cooking this portion using dry-heat methods is not recommended. A better way is to cook it on low heat for several hours and fill the cooking pot with a liquid while the meat cooks. In this way the meat not only softens up but also acquires flavor from the liquid. If marinated for adequate amount of time, this cut can also be pan-fried and grilled.

The origin of Rump Medallion is the rear-end of the cow.

The history for the word 'medallion' can be traced back to 17th century, with its origins found in French (médaillon) and Italian (medaglione), both of which mean 'large medal'.

Typically, Rump Medallions are cut from the rump eye, which is separated from the rump center by cutting along the connective tissue.