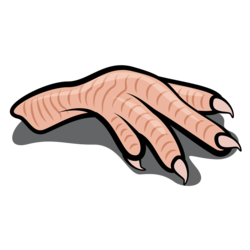 If you think about it, buying a whole chicken is such a practical thing to do. You can eat the meat and use the leftover bones to make a flavorful and nutritious stock. The only items that may not be your cup of tea meat are the offal portions.

Those of us who are daring enough to give these offbeat chicken parts a chance, however, can vouch for the absolute delight they are when cooked properly. Offal cuts of any animal are usually scoffed upon by people because they have an inherently different flavor and texture. In other words, they require an acquired taste to be appreciated.

Getting To Know Chicken Offal

It is understandable that chicken offal bits may not be the cut above or anything even close to the primal for anyone who has not tried them. A quick description of these cuts can help you learn more about them and may even lead you to overcome whatever hesitation you have about consuming them. 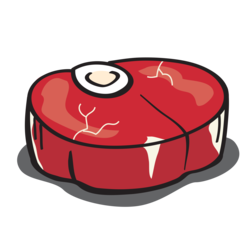 The Bone-In Shin Cut comprises a big round bone running, containing rich marrow that can enrich the flavor of any dish if allowed to ooze out. Since the cut is taken from the heavily exercised shin area of the animal, it contains numerous connective tissues that affect its tenderness. [more]